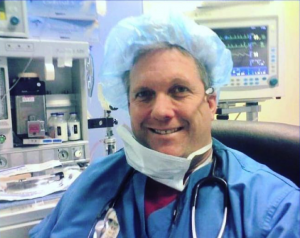 Vargo Anesthesia was created by Matt Vargo, CRNA. He runs the company with his wife, Sue, an RN.Those who know Matt personally tease him lovingly that he’s a little ADD, and a real character at times. But he is also passionate about medicine, and creating things to improve patient care. ⁣⁣
⁣⁣
In the 1980’s as a respiratory therapist, Matt created prototypes for a transport table, a chest tube embolectomy catheter, and a pilot balloon repair kit. The table and catheter failed, but the PBL Kit earned him a small amount of royalties. It would also eventually help his resume for CRNA school.⁣⁣
⁣⁣
Matt worked as an RRT, ECMO tech, and a nurse in the neonatal and trauma ICUs from 1985 until he was accepted into anesthesia school in 2001. ⁣⁣

Matt and I met 31 years ago at a Nurses Week celebration, in Pittsburgh, PA! We worked in most of the major hospitals in Pittsburgh, before moving our little family south. ⁣
⁣~Sue Vargo 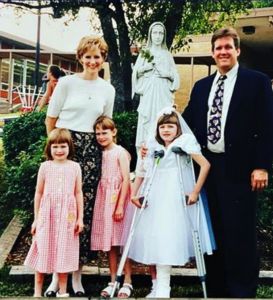 It was very stressful with three children under the age of seven, being a full-time student, trying to make ends meet with anesthesia school tuition, and your spouse working part-time in the SICU!

Matt became a CRNA in 2004, and since then has worked in Tennessee, Georgia, and the Carolinas. ⁣⁣
⁣⁣
Beginning around 2008, Matt used to keep anesthesia tips and surgical case notes on an old Blackberry. He happened to be working an extra 1099 shift in Spartanburg, SC when he showed an anesthesiologist his Blackberry notes. ⁣⁣

She said, “You should make an app out of those notes!” ⁣⁣

That was the beginning of Vargo Anesthesia Inc. ⁣⁣
⁣⁣
It has not been easy to get where we are today. Matt created several apps that failed, long before there was a Vargo Mega App. ⁣ It was time-consuming and very costly to create apps.⁣ 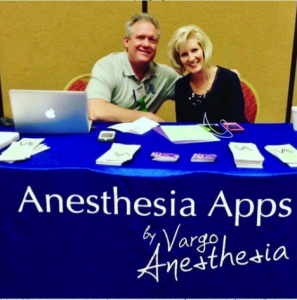 We went to our first AANA convention in 2013 with our new apps…very few CRNAs or SRNAs even noticed our booth. We had so much to learn about business and marketing!⁣⁣ But fortunately, now we have the two major apps: the MEGA App and the Coexisting Diseases & Surgery App, launched in 2021. 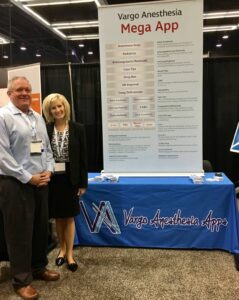